I am an Associate Professor of Philosophy at Appalachian State University. I research and teach in 20th century French philosophy, critical theory, ethics, social political philosophy, environmental philosophy, new realisms, and Cormac McCarthy studies. I am the co-editor of The Biopolitics of Punishment: Derrida and Foucault (Northwestern University Press, forthcoming). My articles and essays have appeared in Politics & Policy, Symplokē, Symposium, Mississippi Quarterly, The Cormac McCarthy Journal, The Edinburgh Companion to Animal Studies (Edinburgh), and The Aesthetic Ground of Critical Theory (Rowman and Littlefield) among others
One of the guiding questions of my work is how political, ethical, and environmental systems and institutions situate themselves in relation to issues of inclusion, exclusion, power, force, law, policing, and normativity. I've always been interested in how systems establish and enforce themselves. These are the kinds of questions that got me interested in studying philosophy. In recent years, I have become increasingly interested in the resurgence of realism and materialism in continental philosophy, and the way in which our commitments concerning "the real" interact and reshape our understanding of ethics and politics.

I am currently completing work on a book project (co-authored with Peter Gratton) entitled The New Derrida. This work explores the continued relevance and evolving character of Jacques Derrida’s thought in light of the significant philosophical developments since his death of critical animal studies, speculative realism, continental philosophy of religion, and radical politics and Marxism.

I am originally from North Carolina and did my undergraduate work here at ASU. After transferring to ASU from a community college, I explored several majors, including music, political science, and history before settling on philosophy. I did my graduate work at DePaul University in Chicago where I completed my PhD in 2012. In addition to my interests in philosophy, I'm also an avid gamer and trail runner. 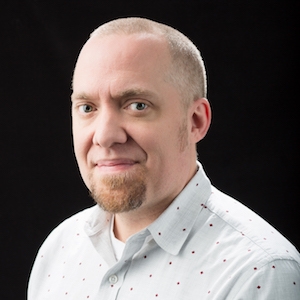