Dr. Ostwalt (Ozzie) studies the relationship between religion, culture, and society. Most recently, his interests have been focused on popular culture, and his writing and teaching have engaged movies, popular and classic literature, art, and music. Ozzie also has a particular interest in Appalachian mountain culture and the ways in which religion has affected and been affected by life in the mountains. In addition to his courses and publications, Ozzie hosts AppTV's television program, "Religion in Life." "Religion in Life" is a 30-minute interview program that explores the relationship between religion, culture, and society through the insights of guests from a variety of fields. Over the years, Ozzie has interviewed dignitaries such as the Reverend Jesse Jackson, religious leaders such as Jim Wallis, and writers such as Joseph Bathanti and Dennis Covington. "Religion in Life" has won two prestigious Wilbur Awards for excellence in secular broadcasting.

Secular Steeples revisits the secularization thesis and posits that secularization in American society is taking place in two directions: religious tradition has a tendency to incorporate secular values and forms into its theology and ritual, and secular culture has a tendency to promote certain worldviews and Values threat function religiously. Secularization in America then does not result in the loss of power of religion in society as may theorists have suggested but rather on a more thoroughly dispersed and accessible religious imagination that is promulgated through popular culture. Secular steeple examines this double secularization thesis by considering popular cultural trends in America through current ecclesiastical trends, literature, film, and music. The book is organized around the religious categories of space (pre-text), narrative (text), and image (post-text). These categories represent an approximate evolution of popular religion in western and American society.

"This book is timely reminder that any discussion of religion today is incomplete without reference to and understanding of contemporary culture.  Conrad Ostwalt's scholarship is focused on the creative and necessary dialogue between religion and popular culture, whether it be biblical texts. or social media tweets."  Gaye Ortiz, Department of Communication and Professional Writing, Augusta State University

Ostwalt, Conrad. After Eden: The Secularization of American Space in the Fiction of Willa Cather and Theodore Dreiser. Bucknell University Press, 1990.

Spatial conceptions of America affect and help create religious worldviews. Such conceptions underwent fundamental change during the latter part of the nineteenth century and early part of the twentieth century in America, altering the way Americans perceive and appropriate natural and social space. After Eden chronicles this perceptual shift by focusing on the fiction of Willa Carter and Theodore Dreisler. Underlying the argument is the assumption that religious categories can be expressed through and created by popular cultural forms such as literature.

Screening the Sacred: Religion, Myth, and Ideology in Popular American Film. Edited with Joel Martin with original contributions from the editors. Westview Press, 1995.

Screening the Sacred examines the ability of popular culture in general to reflect and create religious longings and values in a secular world. The editors and contributors focus on popular American film and highlight the interaction taking place between film and popular religiosity in America. Screening the Sacred offers a tripartite typology for studying the relationship between religion and film and, thus, suggests an incipient method for this growing field within religious studies. The book concludes with observations concerning the relationship of religion and culture in America. 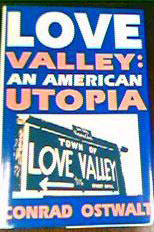 Love Valley, North Carolina began in the 1950s as an intentional community based on the idea that small communal experiments could promote larger societal change. Andy Barker, the founder and patriarch of the community, believed this to be a foundational American value best symbolized by the myth of the American West and the ideal of a Christian foundation to society. Therefore, he built Love Valley as a cowboy town with the intent of recapturing "American virtue" and promoting progressive social change on a larger scale. The result is an eccentric town that resembles the set of a western movie. Love Valley reconstructs the history of the town highlighting its leaders' attempts at social change, its promotion of evangelical Christianity as the basis for the communal spirit,and such seminal events as the 1970 Love Valley Rock Festival. The book concludes with observations concerning American utopian and communal experiments and Love Valley's place in this tradition.

Dr. Ostwalt continues his research on Religion and film and is currently writing an article on "The Passion of the Christ." In addition he is working on an investigation of "The Motorcycle as American Icon." 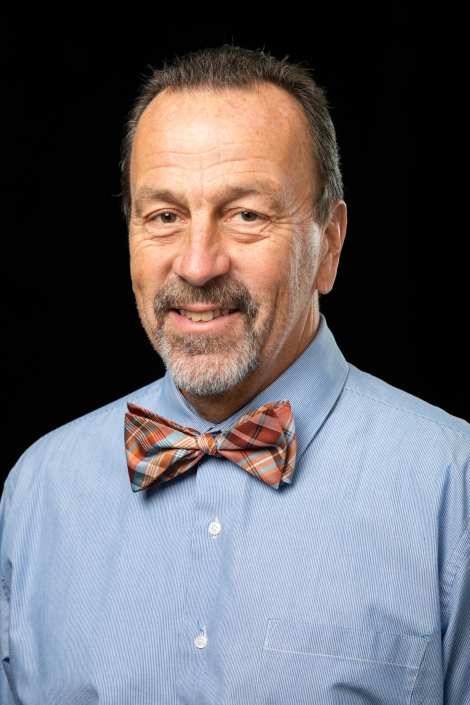