Mathew A. Foust is Professor and Chair of the Department of Philosophy and Religion at Appalachian State University. His research draws primarily on ancient Chinese philosophy and classical American philosophy, with an abiding interest in historical and comparative areas of intersection between these traditions. His work in ethics focuses largely on the virtue of loyalty, with several publications offering interpretations and applications of Josiah Royce’s philosophy of loyalty. His work in philosophy of religion includes examination of philosophical and religious perspectives on death and immortality. He is currently the Vice President of the Josiah Royce Society and Secretary of the International Society for Chinese Philosophy. He is a past Secretary-Treasurer of the International Society for Comparative Studies of Chinese and Western Philosophy.

American philosopher Josiah Royce (1856-1916) delivered three lectures on the topic of loyalty at the Twentieth Century Club in Pittsburgh in February 1909. These lectures, “The Conflict of Loyalties,” “The Art of Loyalty,” and “Loyalty and Individuality,” are indispensable for a complete and coherent picture of the development of Royce’s philosophy of loyalty. This publication marks the first appearance of these lectures in a book, making them widely accessible to readers.

Kim Díaz and Mathew A. Foust, The Philosophies of America Reader: From the Popol Vuh to the Present. Bloomsbury, 2021.

“The Philosophies of America Reader is an audacious text…I can see no reason why this text could not become the new standard for our classes on American Philosophy.” ― Teaching Philosophy

This work breaks new ground in comparative studies by exploring the connections between Confucianism and the American Transcendentalist and Pragmatist movements. Confucianism and American Philosophy traces direct lines of influence from early translations of Confucian texts and brings to light conceptual affinities that have been previously overlooked.

“…Foust’s book succeeds masterfully in its stated task: proposing five new points of convergence between Confucianism and American philosophy. The book not only increases our understanding of each tradition relative to the other; it also significantly broadens the discussion to include less-often-included representatives of American philosophy.” ― American Journal of Theology & Philosophy

This work builds on earlier works defending Confucianism against charges of sexism and presents new interpretations of Confucianism compatible with feminism. In addition to topics in ethics and political philosophy, this volume includes discussions in epistemology and metaphysics.

“This long-awaited volume has provided new materials, perspectives, and methods in discussing the relations between Confucianism and feminism. It avoids the illusion that Confucianism is one thing.” ― Frontiers of Philosophy in China

The lone philosopher to base an ethical theory on the virtue of loyalty is Josiah Royce (1856-1916). Loyalty to Loyalty engages Royce’s moral theory, revealing how loyalty, rather than being just one virtue among others, is central to living a genuinely moral and meaningful life.

“Foust…paints a picture of ‘the need for loyalty’ and makes a provocative case that, perhaps, no virtue is more vital.”  ― The Journal of Moral Education 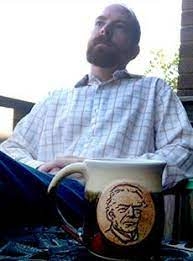