Kevin Schilbrack teaches and writes about the philosophical study of religions. A graduate of the University of Chicago Divinity School, he is the author of Philosophy and the Study of Religions: A Manifesto (Blackwell, 2014) and he is presently interested in the relevance of embodied cognition and social ontology for understanding what religion is and how it works. If you share these interests, feel free to write him at schilbrackke@appstate.edu and/or follow him on academia.edu.

My teaching and scholarly interests are multi-disciplinary. I have been motivated by the view that, given massive migration and developing technology, the world today is shrinking faster than ever before, and a better grasp of religious diversity around the world is crucial for those who wish to avoid the clash of civilizations. How do we minimize distortion as we seek to understand others? Under what conditions are reductive explanations needed? How do we evaluate alternative worldviews fairly? My first book, Philosophy and the Study of Religions, addresses these questions and culminates in a vision for the academic study of religion as a coherent multi-disciplinary field that includes interpretive (humanistic), explanatory (social scientific), and evaluative (normative) questions. That book has already been reviewed in 11 different journals, and my scholarship on the topics of theorizing religion, embodied practice, and cross-cultural understanding has led to invitations be a visiting fellow or scholar-in-residence at Harvard University, at the University of Uppsala, at the Vrije Universiteit Amsterdam; to evaluate grants for the National Endowment for the Humanities; to speak at Oxford, Yale, Boston, Rutgers, Wake Forest, Cambridge, Virginia Tech, Georgia, Lehigh, and others; to serve as an external reader on multiple dissertation committees; and to join the editorial boards for the Journal of the American Academy of Religion,  Sophia, Method and Theory in the Study of Religion, the new journal Body & Religion, and the multi-volume Blackwell Encyclopedia of Religious Ethics. I am now working on a second book that seeks to explain what I consider a revolution happening today in philosophy and its relevance for how we understand religious belief and practice. The revolution concerns the emergence of post-Cartesian, embodied forms of cognition and their relevance for the academic study of religion, and I hope that this book will have an impact equal to the first.

You can watch a short video about my REL 1010: Religion and Imaginary Worlds class offered in Spring 2023 here .

And you can watch a short video about my REL 3700: Theories of Religion class offered in Spring 2023 here 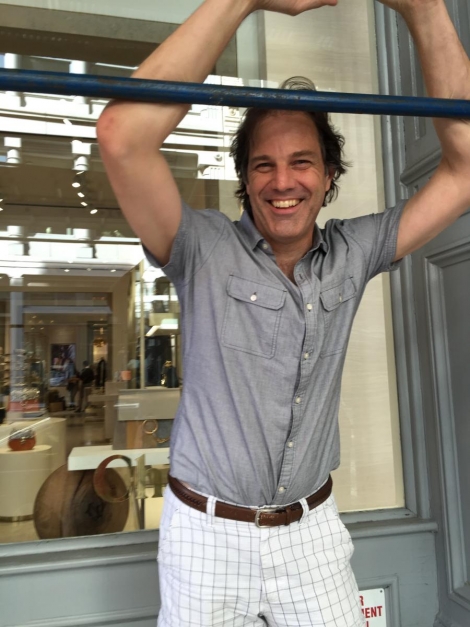