His research focuses on the emergence of mortuary practices and paradise beliefs surrounding the Buddha figures Amitabha and Maitreya in early medieval China. Describing his research, he states "My approach to the study of religion is multidisciplinary, and my courses frequently incorporate the study of funerary customs, traditions of asceticism, religious festivals, beliefs concerning the afterlife, spirit mediumship, cults of saints and divine beings, and aspects of material culture." A second, long-term project will focus on the worship of Quan Am Bodhisattva (Guanyin) as seen in folktales and folk operas in early modern Vietnamese Buddhism and popular religion. Click HERE for a complete listing of publications.

At ASU Professor Mai offers courses on Buddhism, Religion and Contemporary Issues, and Death, Grieving and Immortality, as well as courses on religion and ritual, and religion, sexuality, and gender.

University of Hawaii at Manoa. M.A., Department of Religion. Thesis: “Rituals of Salvation: the Vietnamese Cult of the Dead and its Zen Buddhist Rites.” 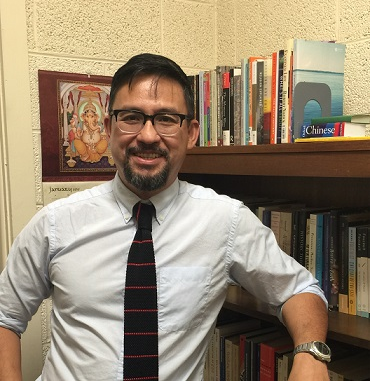