"To be clear-headed rather than confused; lucid rather than obscure; rational rather than otherwise; and to be neither more, nor less, sure of things than is justifiable by argument or evidence. That is worth trying for."

I am a Professor of Philosophy at Appalachian State University. My research interests primarily lie within aesthetics and ethics. I mainly focus on video games, the philosophy of music, and the nature of fiction. (A complete listing of my publications can be found here.) I have additional research interests in perception (especially sound), philosophy of technology, and methodological issues in experimental philosophy.

I am the author of Video Games, Violence, and the Ethics of Fantasy: Killing Time (Bloomsbury 2020). Many video games allow players to commit numerous violent and immoral acts, like sexual assault, theft, and murder. This begs the question, should players worry about the morality of their virtual actions? A common argument that gamers often appeal to is that games offer merely the virtual representation of violence and immoral activity. It cannot be morally wrong to perform such acts because no one is actually harmed by committing an immoral act in a game. While this is an intuitive defense, it does not resolve the issue. I approach these issues by examining recent debates in philosophical aesthetics over the ethical criticism of works of art. I argue that many video games are ultimately works of fiction that enable players to entertain a fantasy, so a fuller understanding of the ethical criticism of video games must focus attention on why individual players are motivated to entertain immoral and violent fantasies. Indeed, video games raise a general and important philosophical question: is it ever morally wrong to enjoy fantasizing about immoral things?

As an undergraduate, I studied sound engineering at Berklee College of Music and worked as a recording engineer in the Boston area for four years before deciding that I wanted to study philosophy. I then moved to England where I received my MA from the University of Bristol and my PhD from King's College London. In addition to my love of philosophy, I also enjoy cycling, music, and playing video games; though most of my time these days is spent looking after my daughter.

Click here for a BBC article on the use of comic books in philosophy courses. 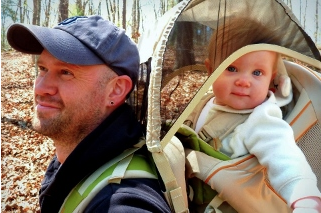